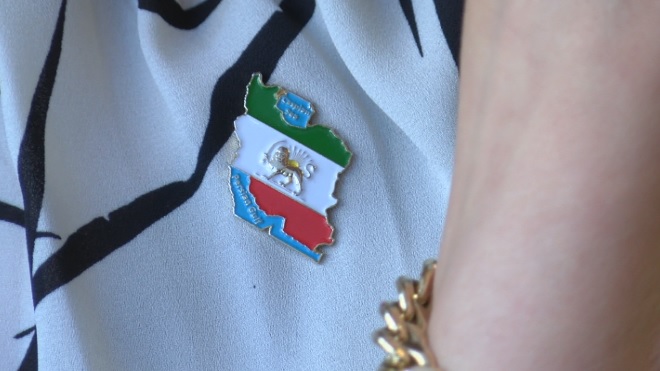 They have tortured. Azad Siahmakoun an Iranian-American, said that they had executed.

He is one of the three people in Indianapolis we spoke to about the rebellion.

“They have nothing to fight back. Only their lives,” said Parisa Keywanfarv, speaking about the people of Iran.

In the fight for freedom, Hassan Mihankhah explained one of the burdens of the Islamic dictatorship.

“You walk with a girl in the street they’ll come after you. “Who’s she?” “Otherwise, they take you away.” They will take you away!”

All three claimed that life was peaceful 40 years ago when they were under the leadership of the former leader. Keywanfarv now says that the protests have given her the courage to stand up for freedom. She said that freedom of speech is the most essential freedom. Iranian women were caught video cutting hair and burning hijabs. Both men and women are protesting on the streets.

Keywanfarv stated that she organizes weekly Monument Circle protests to support her cause. Keywanfarv started Clubhouse after the conversation. This is a social audio platform that lets others join the conversation on specific topics. Sixty-two people from around the world listened and participated.

An anonymous participant said, “I’m from Oakland, New Zealand. My father was Iranian. This is no longer a protest. This is a revolution.”

Another said, “We have been tolerating this horrible people for 43 years and we cannot, we cannot take it anymore.”

Keywanfarv, Mihankhah, and Siahmakoun agreed that people around the world should use their voice to speak out on the violence.

“Send messages to your senator, your governor, to President Biden,” said Keywanfarv. Ask him not to just talk, but to take action.

Siahmakoun stated that Americans love democracy and freedom. “This is something that is imprinted in our DNA and I think we expect our President to take that internationally.”

Mihankhah said, “They are excited. Worried. Hopeful. We are hopeful for a brighter future.